LAS VEGAS, NV – Hennessey Performance (HPE) will debut the company’s all-new Venom GT mid-engine supercar on November 2, at the 2010 SEMA Show in Las Vegas. Powered by a Hennessey-tuned twin-turbo 6.2L V-8 engine, the Venom GT produces 1,200 bhp and 1,155 lb-ft of torque. The Venom GT will be unveiled live at 11:15 a.m. in the Mobil 1 display (booth #24243) located in Hall C3 of the Las Vegas Convention Center.

“We are very excited to have the opportunity to show our Venom GT in the Mobil 1 display at this year’s SEMA show,” said company founder and president, John Hennessey. “We first announced our interest in developing an ultra lightweight, ultra powerful sports car – the Venom GT concept – nearly three years ago during SEMA.”

The HPE team spent considerable time designing a chassis that effectively puts the Venom GT’s ample power to the ground. To improve traction, the exterior bodywork and adjustable rear wing were CFD designed and tested to produce maximum downforce while minimizing aerodynamic drag. The all-new Michelin Pilot Super Sport tires help to keep the Venom planted to the pavement, while a specially-tuned KW adjustable coil-over suspension allows ride height changes according to speed and driving conditions. Race spec disc brakes sourced from Brembo include 15.2-inch diameter carbon-ceramic rotors and 6-piston aluminum calipers that help keep unsprung weight to a minimum. The brakes provide outstanding feel and can repeatedly slow the Venom GT from 200-plus mph speeds.

HPE will build just ten Venom GTs per year, making the vehicle one of the most exclusive supercars currently built. The Venom GT will be available with some options, including the choice of left- or right-hand drive. Each vehicle is hand-built over a period of six months by a dedicated team of craftsmen at the company’s facilities in both Sealy, Texas and Silverstone, England.

“Driving the Venom GT is a thrilling experience,” Hennessey adds. “It is a driver’s car, a supercar with a soul that will give you as much speed and performance as you dare ask of it. If you ever wanted to experience flying a military fighter jet, the Venom GT offers a similar visceral thrill of speed and performance. It’s the quickest, fastest and most exciting vehicle that I have ever driven.”

About Hennessey Performance
Hennessey Performance (HPE) has been making fast cars go faster since 1991. HPE operates a 30,000 square foot workshop and showroom facility situated on 143 acres near Sealy, Texas (about 45 minutes west of Houston). The company also operates a showroom and installation facility located in Lake Forest, California as well as has an extensive dealer network throughout the world. HPE offers a wide variety of dyno-proven, track-tested parts and upgrades for a variety of modern performance vehicles. HPE is also the only tuner in North America that operates its own on-site test track – Lonestar Motorsports Park. HPE also owns Tuner School – the first ever (fully accredited) school for those aspiring to be vehicle tuners.

About Mobil 1
The world’s leading synthetic motor oil brand, Mobil 1 features anti-wear technology that provides performance beyond conventional motor oils. This technology allows Mobil 1 to meet or exceed the toughest standards of car builders and to provide exceptional protection against engine wear, under normal or even some of the most extreme conditions. Mobil 1 flows quickly in extreme temperatures to protect critical engine parts and is designed to maximize engine performance and help extend engine life. www.Mobil1.com

CBS – Automakers race to reach a first: A production car that can hit 300 mph 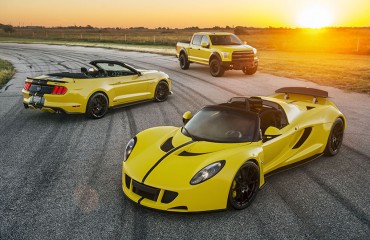 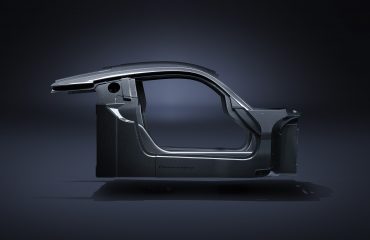